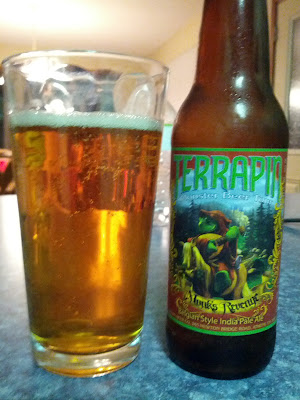 Shiny brown color with thin film, not in a bad way, of white head that faded fast. You can smell a hint of the alcohol strength as well as some of the citrusy/fruity hops and breaded malts from the Belgian half of this concoction. The taste is extremely complex, there is really a lot going on in this beer and it’s definitely blended the popular genres of (double) IPA and Belgian Tripel. There is some small bit of bitter hops, a portion of bready yeast, some fruit flavors, and a noticeable amount of alcohol. Crazy high carbonation makes the roof of my mouth wonder if I’m drinking soda. I want to like this more than I do, but I just can’t. They have skillfully mixed to different styles but it has result in an inferior product. The American Double IPA and the Belgian Tripel are two awesome styles of beer. Both of which I truly enjoy. This beer however is good at both but great at none. 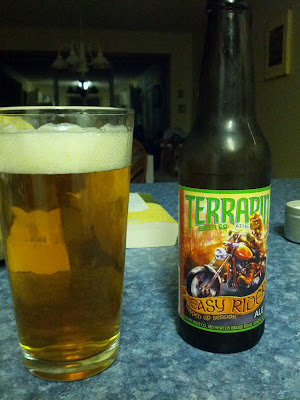 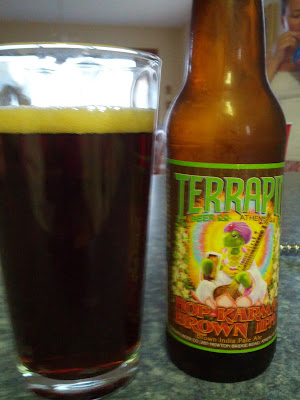 Pours a very blackish brown with minimal brown tinted head. The aroma is mostly rowsted malts. The flavor bounces back and forth between hops with one sip and malts with the the next. Very curious taste indeed. The malts are roasted caramel and the hops are only slightly bitter. Mouth feel is very creamy with no carbonation. Intriguing and complex combo but not great.Rating: 3 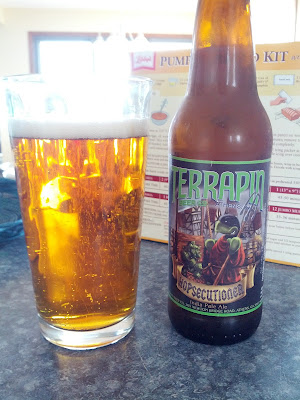 Pours a great golden brown honey like color with minimal white head. Smells and tastes aggressively hippy, but not by some amazing quantity like the name suggests. Decent mouthfeel results in this being a slightly above average ipa.