Any dedicated readers know I’m a crazy Belgian fanatic, as such I’ve always been enticed by this Colorado brewery I’d heard rumors of known as New Belgium Brewing. Sadly though, they don’t distribute to Ohio or Kentucky, though I just discovered they do have limited distribution to Indiana. Over Memorial Day weekend I went up to Chicago to spend the holiday with my sister’s family. To my overwhelming delight I discovered that New Belgium had significant distribution to the Chicago Area. Needless to say I picked up one or two of every New Belgium style they had. Later in June we went to North Carolina for the beach where I again found excellent New Belgium coverage resulting in a few more styles for me to try. Now, I present the results of all the New Belgium beers I could buy.

I hope this review will inspire our readers to try New Belgium beers when they get a chance, and hopefully New Belgium will see this demand and add Ohio to their list of over 25 states. 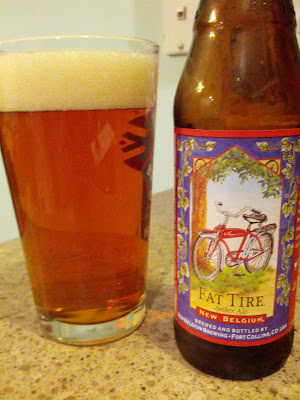 That taste is oh SO smooth! Flavors of malt perfectly (do I keep saying that?) balanced with tiny hints of bitterness.

This is an amazingly balanced beer. Very sessionable and my new candidate for the first step from mass-produced beer to crafts. Easy 4/5 rating and highly recommendable for everyone to try, with one catch. 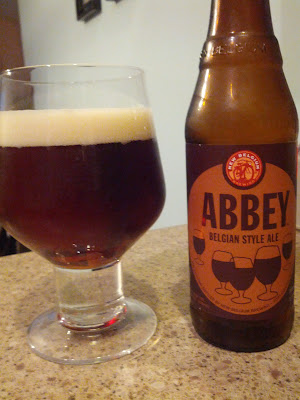 The color is a nice brown with loads of amber hues peering through. It’s got a solid head with lots of bubbles. This head shows no signs of going away soon, typical for the style and great for savoring the aroma and flavor. Lots going on in the nose here, chocolate malts, banana esters, bits of cinnamon and bubble gum and the slightest hint of alcohol. I digg this beer, but if you’ve been reading this blog you new that as soon as you saw the style…. There is more chocolate malt in my mouth with a mix of caramel in there and hints of clove spices. Lots of fruit flavor all over the place as expected of any Belgian. It’s got a medium bodied mouth feel with a slight bit of carbonation and a warming finish. Overall an awesome beer that is a superb example of the style, but if you’ve been reading this blog at all you knew I was gonna say that. Easy 5/5 for me, hopefully they expand distribution to Ohio soon! 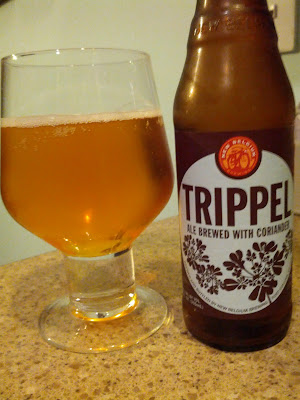 Shiny golden color with slight haze and very little head. A powerful aroma with plenty of fruit sensations. It all comes together to remind me of a farm or a farmers market. There is a slight hint of alcohol in the taste (only 7.8% though). The taste has a bit of that Belgium bubblegum action with plenty of crisp action. From the other side of the palate comes biscuity malt action and slight spice flavoring from the coriander. The feel is super crisp with mild body and carbonation. Overall a good Tripel but it needs more strength to complete with the big boys from Belgium.

Pours an extremely hazy golden color with loads of head, I really don’t think I poured this to hard… but maybe I did. Anyway, head fades kinda quick but leaves lacing all over the place. My nose picks up some fruit and flowery smells, as well as a hint of hop. The hops come right out in front when you taste this. Not overly aggressive but pleasantly noticeable. The alcohol really isn’t noticeable at all, and I could stand it being a bit stronger. There is a lot of going on in this taste and I can’t place a lot of it. Though I feel like I’m sensing some caramel, some fruits, some “earthy” stuff. Smooth bodied with no carbonation. Very VERY drinkable beer. I would dare say it is sessionable, but that 7% might hit you too hard after a few. 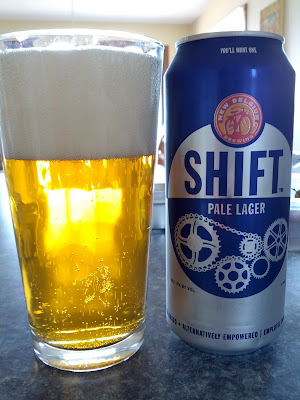 Pours an awesome color of golden hay with slight haze and plenty of fluffy white head topping it off. The aroma packs in some bread and fruit. Wow, this is a very crisp and clean taste. Immencily enjoyable after a morning at the beach. I think this would also be a great and refreshing beer for after work or anytime on any kind of hot summer day. throw in a light bodied mouth feel with mild carbonation and I want more of this beer! 1 pint is not enough!! Plus according to new belgiums site this is only 134 calories!!!! 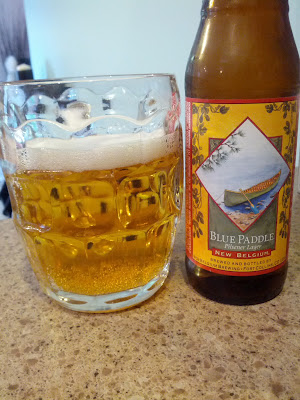 Extremely pale golden color with absolute clarity. Fair amount of very fluffy white head with various sized bubbles, hangs around for a bit but not too long. Lots of malt smell, some slight hop spices. Very crisp flavor with a sweet malt background more spices for the Saaz hops and a very slight bitter presence. Light mouth feel with lots of carbonation. Honestly I’ve never been a fan of Pilsners, be a deep rooted hatred of some mass produced American beers or a general dislike of the light, crisp, low alcohol flavor, I just don’t like them.

It seems I failed to write a full review for this but I remember it being an excellent IPA with plenty of hop character.

One thought on “The Great New Belgium review round up”