I got a message from a friend the other day saying that he had a 6-pack of this available and I immediately freaked with joyous excitement. I’d never had Zombie Dust before but all past experiences with 3 Floyd’s left me teeming in anticipation of a tasty brew. 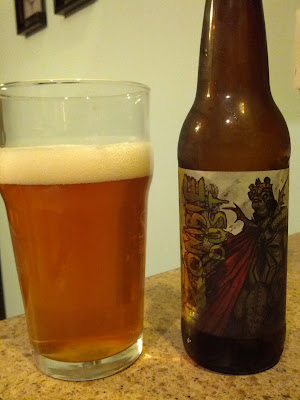 Pours a beautiful shade of what I’m calling sunset orange with a pure white foam head with those tiny little bubbles. A really great looking beer that I’m very excited to drink.

There is a strong smell of mango, grapefruit, tropical type stuff from the Citra hops. There is a wee bit of malt in there as well, more of a presence then a serious aroma.

The taste has a pretty aggressive hop character for a pale ale. I’ve definitely had some IPAs that were not as hoppy as this is but it is 3 Floyds so it is to be expected. That said it’s not overly hoppy in any kind of bad way, just more so than the style calls for. It’s such a delicious easy drinking beer. The hop flavor taste follows the nose with bits of tropical fruit and bitterness, there is some malt in the background here providing a solid amount of balance.

Nice and smooth mouth feel with a little zing to it. Very light bodied followed by a bit of a lingering coating on the tongue.

Overall this is a fantastic beer that I love and is easily one of my favorite pale ales and could be a contender for one of my top 20 beers. Turns out this is only available from their brewery in Indiana (complete opposite side of Indiana from Cincinnati) so you’ll have to take a drive or trade your way into this beer but it is well worth any effort put forward. This is a must try beer. 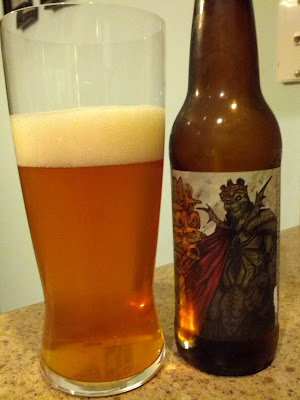 P.S. I loved this beer so much I had to have a second one tonight. I’ve been getting more into the glassware thing and I’ve read that Lager glasses (pictured) are good for pale ales as well. Head was the same but lasted a little longer. The color was the same but seemed richer and more orange. Hop aroma and taste were both much more present here than in the pint glass I used before. I’m not gonna make a call on which was better, they just accentuated different aspects of the beer.