Sometimes it’s hard to separate an alcohol’s cultural, historical, and social qualities from the qualities of the alcohol themselves.  When I first started drinking bourbon I wasn’t immediately able to enjoy sipping it neat but there was something there that intrigued me so I hung in there until I could but it’s hard to say if it was the taste or the combined qualities of history, Kentucky pride, and just plain attitude that kept me coming back for more. Drinking is aspirational in many regards. We drink what we want to become.

Now I’m not saying that I want to become a high society grandmother or an English lord, the two people who come to mind when I think of port.  But I did know a very cool, slightly well to do family in England that loved to drink port. Add that bit of personal history to the lengthy history, tradition, and rules that surround port and I have to admit there is something there that intrigues me. So when I tried the wine for Episode 55 of The Charlie Tonic Hour and found that despite the overwhelmingly sweet flavor I was nonetheless intrigued, I couldn’t say for sure if it was really the taste I was enjoying or the history. 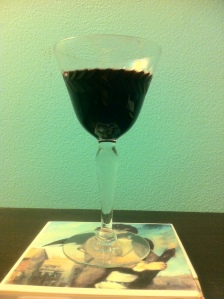 Just as true champagne can only come from the Champagne region of France, a true port wine can only come from the Douro region of Portugal. Port is a fortified wine, meaning that brandy or a neutral grape spirit is added during the fermentation process. This stops the fermentation and leaves lots of undigested sugar in the wine, yet still results in a stronger than average wine. This was originally done because wine from Portugal tended to spoil during the long boat ride to England and fortifying the wine gave it a longer shelf life, but it continues today because of tradition and taste. The result is a wine that is very sweet while still being stronger than average, usually between 18-22% abv. The port I tried was a Ruby Port, the cheapest and most commonly available variety, from the Kopke Winery. Kopke is the oldest brand of port, having been founded by a German family in 1638. Through the years the winery has passed through many hands but still bares the same name and is still produced in the same region.

The taste of Ruby Port is sweet. There is no way of getting around it. Really, really, sweet. But unlike a Riesling or a Moscato it did not seem quite as sickly. There is a strong under flavor from the brandy and the tannins grip your tongue on the finish. The strength that lies just under the surface keeps the sweetness from becoming cloying. That said, this is not something that I would enjoy drinking on a regular basis. It’s not a wine that you can sip half-heartedly while talking with friends or watching a movie. It grabs your attention and I have to respect that. So there is something there I like, even though I can’t honestly say at this point if I am enjoying the unique flavor of the wine or if I am an enjoying nostalgia for my time in England combined with a hint of history and culture. Either way, I will not be letting this bottle go to waste but I’m not sure I’ll be buying another anytime soon.