[Ed. Note: This was first published in May 2013 when MadTree was only a few months old. The core of what follows is correct, but their canning machine has now (at least as of May 2016) grown tremendously.]

In my quest to continue to shed light on the less glamorous or well-known aspects of beer I’m moving onto an incredibly important one, essential the question of how this delicious liquid gets into containers to get transferred into our bellies!

Canning beer is about 80 years old, but when it comes to craft beer, it’s still pretty young. Very few craft brewers can their beer, there are only 2 “major” craft breweries that specialize in canning right now: 21st Amendment and Oskar Blues. Many others are thinking of getting into the canning game including Sam Adams, Founders, and Sierra Nevada. Canning is still somewhat of a niche product in craft beer and provides a great way for brewers to set themselves apart on the limited shelf space.

You may be wondering why so few craft brewers can and why some big guys are only coming to it now. Well, the initial setup is very expensive, especially compared to bottling. Cans are also much more environmentally friendly in the packaging shipping and are more likely to be recycled than bottles.

To learn about canning operations, I stopped by Cincinnati’s own MadTree Brewery. 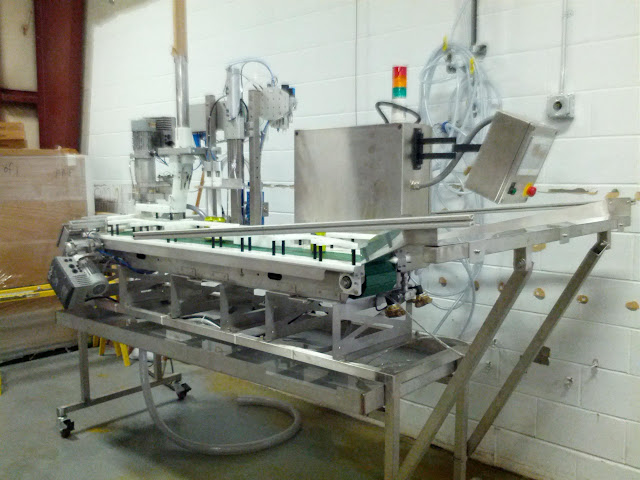 Once the cans hit the conveyor belt, they slide along to get blasted with CO2 (the two sticks on the right below) to purge the cans of oxygen.  Then the two fill tubes (on the left sticking into the cans) fill them with beer, hooray beer!

Right next to the fill arms is a device which slides on the can lid (sorry, didn’t snag a pic of it). The lid rests on top of the can as it hits the curve and slides into the sealer. Here the can is spun at a very high rate while the lid is pushed down into place and the sides of the can are compressed. 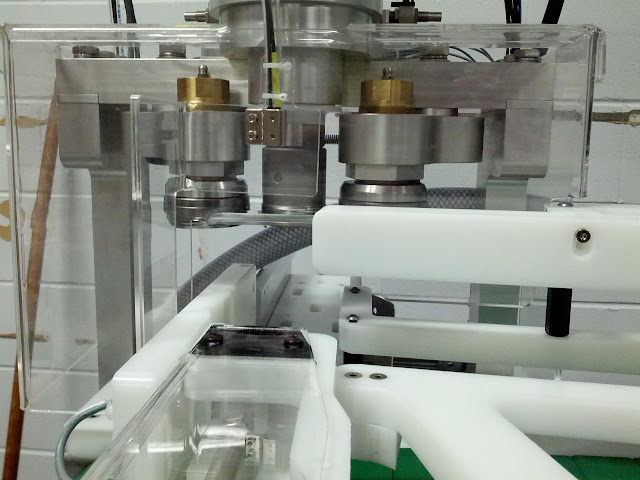 From there the cans are pushed into a bucket of water and snapped into the 6-pack holders, placed in a case, and eventually shipped out, sold, and (now for the best part) drank!

Stay tuned for future posts on kegging and bottling.

3 thoughts on “Learning About Beer: Canning”