Being a resident of Monroe I was very excited a few months ago when I saw a posting show up on a Monroe forum. Another resident of Monroe, long time home brewer, and employee at Brewtensils home brew supplies in Dayton, was going to open up a home brew store in Monroe! Now I’m not (currently) a home brewer but I’m always happy to see more business come to Monroe and I know how few home brew stores there are in the area. Basically you’ve got Listermann’s, Brew Monkeys, and Paradise in Cincinnati then Brewtensils up in Dayton. I don’t know but I have to imagine there are a significant number of home brewers in  between the more central areas of Cincinnati and Dayton. So they’re going to have a great location.

As soon as I saw that forum posting I got in touch with Brent Osborn and kept up with his progress along the way. Well his hard work has finally paid off and his home brew store, Osborn Brewing, is having their grand opening this Saturday, May 25th. You may also know the Osborn Brewing name from the successful kickstarter campaign to bring hop farms back to Ohio. If you aren’t familiar with Osborn Brewing then I’d suggest you head out to the store for the grand opening and get some home brew supplies. Beyond just selling home brew supplies the store will be hosting the local home brewing clubs and arranging classes. I was lucky enough to get invited to the stores soft opening and took the following pictures to show everyone what they can expect. 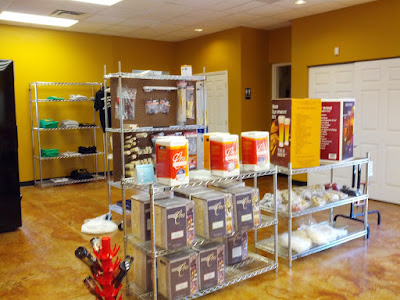 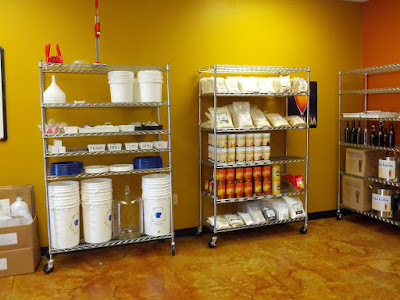 Some important information you will need to get there for the grand opening or for any other time would be the address! 820 Lebanon St Ste A, Monroe Ohio 45050. Just take 75 to exit 29, the state route 63 exit (aka outlet malls, Jesus statue, and Hustler). Then head west off the exit (towards McDonalds) and take a left at the second light. Follow it around and take a right at the next road then turn right into the parking lot and the door is on the right!

Oh, and that soft opening also ended up being a bottle share with quite a few excellent beers including the full lineup of Rivertown’s Apocalypse series from last year. 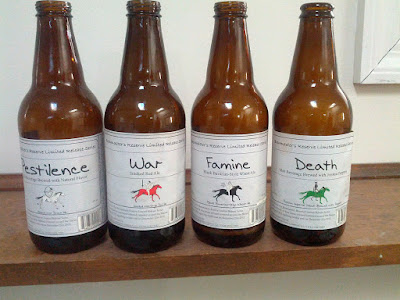 Remember to stop by for the grand opening on Saturday May 25th or otherwise head out there as soon as you can for all your home brewing needs.