Bryan Roth over at This Is Why I’m Drunk has invited me to take part in his Six-Pack Project. The idea here is that six beer bloggers in 6 different states choose six beers to represent their state. I was busy when round 1 went by, but you can check out the results from North Carolina, South Carolina, Virginia/DC, Colorado, Pennsylvania, and New Jersey.

Besides us this round also features:

The hope that when you go to one of these states, you’ll be able to pull up a quick list of what to get along the way. I know I’ll be checking that North Carolina list when I head for the Outer Banks next month!

To make sure this wasn’t some all out free-for-all Bryan set out a few rules as follows:

With all that laid out, I decided to get some community input so thanks everyone for the feedback on Twitter and Facebook. Now in no particular order let’s get to the list: 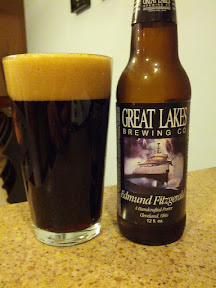 I often say there are too few porters out there as many brewers go for stouts when they make dark beers. Luckily for Ohioans Edmund Fitz is available just about anywhere you can buy beer, and it is fantastically delicious. Every person I talked to about this list had this porter on it and usually near the top.

Ohio may be pretty far from the west coast, 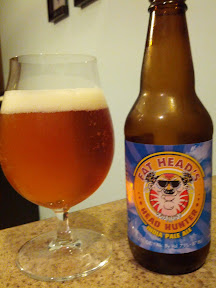 but this IPA tastes so bitter it’s like it was brewed on the pacific sands.

That bitterness goes along with loads of hop flavor that make this a fantastic IPA. Fat Heads and Great Lakes are both from Cleveland, and while Great Lakes is available in grocery stores, you’ll have to go to a better beer store for Fat Heads.

A long name with about a million variations but all of them are tasty, and this one is the base for them all. It’s a great combination of standard Russian imperial stout with a hefty dose of oatmeal to sweeten it up. Available in bombers at better beer sellers throughout the state.

Coming from just south of Columbus Rockmill only does Belgians, and they do them very well. I loved their Tripel so much I promptly sought out the Cask Tripel, aged in whiskey barrels but have yet to have a good enough reason to drink it. Rockmill beers may be a bit overpriced but what they have is certified organic deliciousness.

Initially, this list was Eddy Fitz and a bunch of IPAs but due to availability, seasonality, and a need for diversity Chickow! quickly rose to the top. This hazelnut double brown ale is all the roasty nuttiness found in brown ales cranked up in every way and stand out amounts of hazelnut kicked in. If you don’t like hazelnut you won’t like this, but if you love hazelnut this is a must have!

This is no west coast monster like Head Hunter but is a fantastic all around American IPA packing loads of delicious hop flavor and aroma into a 12 oz can. 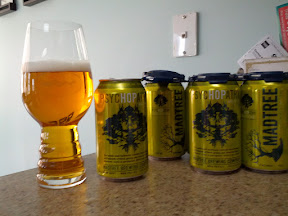 Yep, first canned beer in Ohio and another Cincinnati brewery along with Triple Digit. This and Chickow! will likely be the hardest to find as you’ll have to get into the greater Cincinnati area but once there any better beer store will have them.

6 is a highly limiting number when there are almost 70 breweries in the state. There are far too many honorable mentions to mention, but I’m throwing one to Sam Adam’s Boston Lager. What’s that you say? Boston Beer Company’s Sam Adam’s Boston Lager is an Ohio beer? Quite so, we call dibs! Jim Koch’s grandfather brewed here back in the day and Cincinnati hosts Boston Beer Company’s biggest brewery.

If you disagree with my 6 or have any ideas for what should go in an Ohio 12-pack, add them to the comments below!

30 thoughts on “The Six-Pack Project”