I have a nasty addiction to EPIC’s Big Bad Baptist. I absolutely love the stuff and it is easily one of my top 5 beers, you can read my review of it from earlier this year over here. It’s a fantastic bourbon barrel aged imperial stout that is usually widely available and reasonably priced. One of the cool things about Big Bad Baptist is that each batch is slightly different varying malts, hops, coffee, barrels, and length of time in barrels. This introduces some great variety but has caused me major grief in the past month.

It’s not so much the beer that’s caused me grief as much as Ohio’s archaic and idiotic laws. Ohio has a ban on all beer over 12% ABV and Big Bad Baptist batch #13 was 12.2%. Some bottles were released from the distributor to stores before this was discovered but then distribution was cut off and stores could sell out of what they had. I was lucky enough to score 1 bottle at Cappy’s over in Loveland but my desire to cellar demanded more. With all other local stores sold out I turned, for the first time, to the internet to buy my beer.

After checking out a few sites I decided to go with CraftShack.com. Craft Shack offers a variety of beers from across the country at all levels of ABV. This does come with a slightly increased cost and a significant shipping charge. You also have to buy a minimum of 3 bottles.

Shipping only took 7 business days but at $16 I feel like it should’ve come faster. A big concern of mine was the quality of the packaging. Having traded many beers I’ve seen some great and some horrendous packaging. CraftShack’s was slightly above average but left much to be desired. They used molded cardboard(?) and then wrapped the bottles in newspaper. 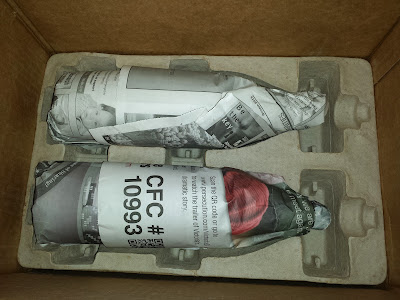 The molded cardboard is great. However, I’d have preferred to see some bubble wrap around these bottles and would really love to see a bag around them. If one breaks somehow and the box gets wet then the package gets pulled and your beer never gets delivered. This is why when I trade beer all bottles go in their own Ziploc. That was a concern for me here but obviously not a problem as I still got my beer!

All said it was pricier than I would’ve liked but I feel it was a fair premium to get beers I can’t get here. 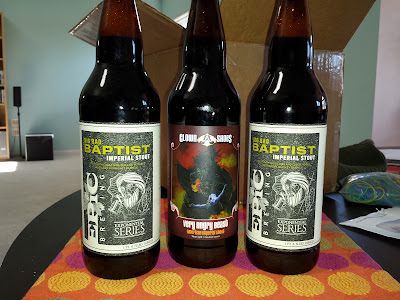