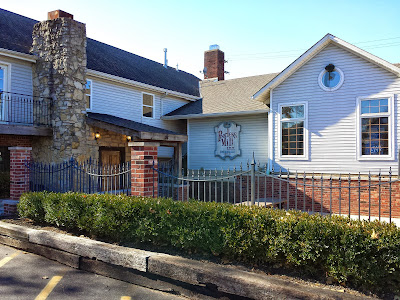 Star City is occupying the old Peerless Mill in Miamisburg (319 S. 2nd Street, Miamisburg, Ohio).  The Peerless Mill was established in 1828 and turned into a restaurant in 1929. I love the wood beams and general ambiance in this place, it all looks like it right out of the 1800s. The building is almost too big for the brewery as much of it feels empty but this is a soft opening for invited guests. The grand opening and normal operation may leave this place packed. For a facility this size that used to be a restaurant it feels like food service would be a perfect fit to turn this into a brew pub, which is part of the plan down the road. 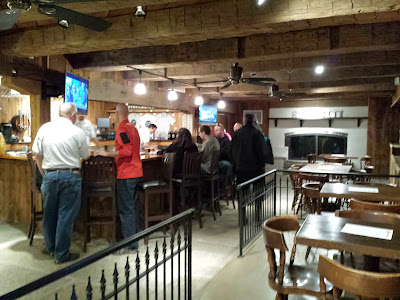 They’re starting out on a 3.5 barrel system with 4 brews that will be eventually go along with seasonal and experimental beers. If an experiment does well it’ll stick around a lot longer, one of the upsides to the smaller system. While I was visiting I couldn’t resist getting a flight and doing quick reviews of those 4 beers.

Hazy straw-colored beer with an off white head. Classic banana and clove action in aroma and flavor along with some slight sweetness. Overall a classic and impressive wheat beer.

Pitch black liquid with a very dark tan head. Flavor and aroma both pack fantastic sweetness with light bitterness. Thick and chewy body really showing off the oatmeal in action. Easily my favorite.

I’ll be honest and say that the only beer that really impressed me was the Oatmeal Stout. The others were all good but not were overwhelmingly impressive. I loved the small taster of the Oatmeal Stout so much I had to get another pint. Granted that the brewery isn’t technically open. I have faith that their quality will increase in time.  I think that Star City is a good brewery now but has the potential to be outstanding in the future.  If they keep developing the quality and variety of their beers plus develop in-house food service this will be an awesome place. Even if they don’t change anything I’ll be back to have an Oatmeal Stout and sit in front of the fireplace. All that said I urge everyone to take the time to head up there at least just to try the Oatmeal Stout and enjoy a nice scenic ride up to this quaint small town brewery.