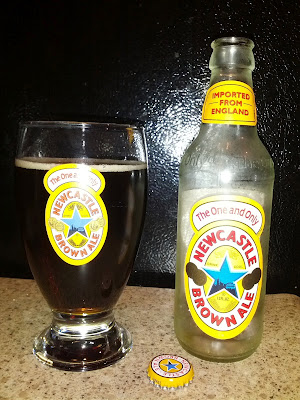 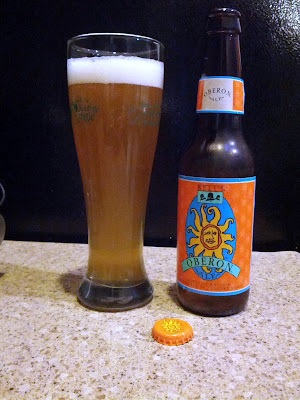 It’s summertime and that means American store shelves are getting crammed with wheat ales like this one. This beer pours out a very cloudy dark yellow kinda burnt straw like color with a light off-white head.

Smells like there is some kind of fruit in here like lemon, or orange, something citrus and zesty… which is pretty standard for these summer wheat ales.

The first, as well as last lingering, sensation that hits my mouth is best described as smooth and cool. That would be really nice on a hot summer day out by the pool.

The taste is definitely of wheat with a light hint of citrus in the background. There is also a fair bit of carbonation going on in the mouth which is an OK feature, but not a great one, in my opinion.