Last year was the first year for Rivertown’s Brewmaster Reserve series and focused on the muched hyped but ultimately disappointing Mayan apocalypse by way of the 4 horseman Pestilence, War, Famine, and Death. This year the Brewmaster Reserve is being kicked off with the Infinite Shilling wee heavy Scotch ale. I stopped by the tap room last night to try this out and was able to talk to Tom Hull, Rivertown’s general manager, about this beer. He provided lots of excellent information on brewing a Scotch ale for any ambitious home brewers.

The Brewmasters reserve series this year is gonna be the Big Ass Beer series, everything is going to be over 10%. Starting with a Scotch Ale, the second will be a Belgian quad, after that will be an Imperial American pre-prohibition pilsner, then the fourth one will be an imperial oatmeal stout. If I do my job right it will basically be a just under 12% oatmeal raisin cookie.

For the first one we did the Scotch ale mostly because at home I brew low alcohol content beers. When I brew something strong it’s a wee heavy scotch ale, that’s because my sister lived in Glasgow so I’m very influenced by Scottish brewing. With this beer I wanted to take a different track then most American brewers do. Scotch ale is more an american term then a Scottish one, the Scottish call it a wee heavy that’s why we say we heavy on our tap handle.

The American approach is to mimic the flavors of a traditional scotch ale by using a variety of specialty grains, but 9 times out of 10 will give it a residual sugary sweetness. The Scots don’t use specialty grains in their beer, they’re primarily single malt beers. They don’t use a lot of smoked malt  because their maltsters fuel their kilns partially with peat because it’s a cheap fuel source. So the tiny bit of smokiness in a Scottish beer is because peat was a fuel source. A big problem I have with American scotch ales it they’re frequently overly peaty, so we used a combination of peat smoked malt and cherry wood and only a small amount of peat smoked malt. Beyond that it’s nothing but base malt, there’s no specialty grain except for those two very small additions.

The flavor is achieved by taking your first runnings, with the most concentrated sugar, then you start boiling the hell out of it. So on our setup I had to do two mashes for 1 batch to get that nice concentrated wort to start the boil. Then we remashed and sparged after we’d been boiling for about 2 1/2 – 3 hours on those first runnings. Boiling that wort creates melanoids, similar to the Mylar reaction in cooking almost like caramelization but not quite, even if you beer finishes out with a dry gravity it’ll still have a nice significant body to it without being sweet. It’ll be incredibly malty, full bodied, but not cloying sweet at the same time. Another misconception is a lot of [American] Scotch ales turn out extremely dark, because the use of specialty grains, a real wee heavy should be in similar color to a red. So I gave it another 2 hour boil once the full batch was in the kettle to make sure we got that color and really developed the flavor. There is only 1 hop addition, just the bare minimum amount of hops needed to balance this beer out. After that we fermented at a color temperature, I did that because Scotland is a cold place and Scottish ale yeast likes to ferment at a colder temperature I did that to keep it smooth avoid getting too much alcohol heat. Not really a way to avoid getting any, so far but I’m gonna work on that by the end of this series I swear I’ll manage to do it. But we barely got any on this, at 10.8% is really nice. These are meant to be really smooth beers.

For the name of the beer I went with Infinite Shilling because, even for a wee heavy, this is a really big beer. So I thought it’d be fun to follow the naming scheme [see further down] all the way up because it is such a big beer. The goal I’m trying to convey with this is that as far as brewing a wee heavy, at least in the state of Ohio because the alcohol limit laws, you’re not gonna go further then this. My goal was to make the best wee heavy I could, and if I’m making the best one I can then that’s the name I’m going with.

This year the brew masters reserve is entirely draft, we had a lot of people complaining that they couldn’t get kegs of it and with each one we ended up with cases [of bottles] left over [the tap room has 6-packs of War for $9.99]. I just want to make sure people get it and get to enjoy it. We want you to go to the bar and enjoy this with people.

The name of this beer refers to the shilling system used in 19th century Scotland. Shillings were a form of currency in Scotland and beers would be categorized based on their gravity or alcohol by volume (which is kinda the same thing and will be my next Learning About Beer post). So a light beer (under 3.5%) would be 60 shillings, heavy at 4% would be 70 shillings, export was 5.5% and 80 shillings, finally Wee Heavies were over 6% and came in at 90 shillings. Per Tom Hull the wee heavies were so “heavy” they were sold in wee little bottles Note that these classifications don’t apply just to Scottish style ales but all beer in Scotland at the time. Also pretty much any “Scottish Ale” from an American brewery is apt to be a Wee Heavy.

END_OF_DOCUMENT_TOKEN_TO_BE_REPLACED 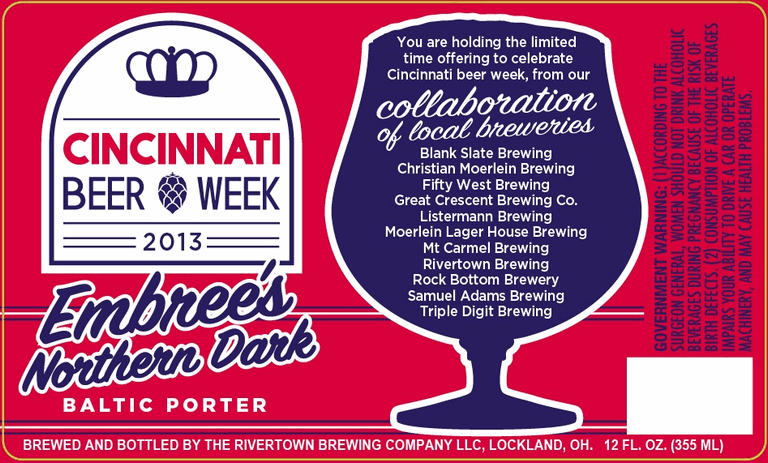 I just received some more information on the Cincinnati Beer Week 2012 collaboration brew from Jason Roeper of Rivertown.

The beer is called Embree’s Northern Dark after the famous early English porter (Cincinatian) producer. It’s ABV will be 10.6%, SRM at 38, IBU at 32. We will be producing 60bbls this year, same as last year; 6pack ringers (no carriers because of cost) and draft, just more of it. As you noticed by the label we have a longer brewery list involves this year. The beer will be released on January 19 as part of a local brewery pub crawl in which each brewery will brew their own version of the same recipe. We will have buses transporting guests to each brewery as part of the Cincinnati beer week kick off celebration

As always, thanks for the information, Jason!

(Hat tip to Beer Pulse! for the label) 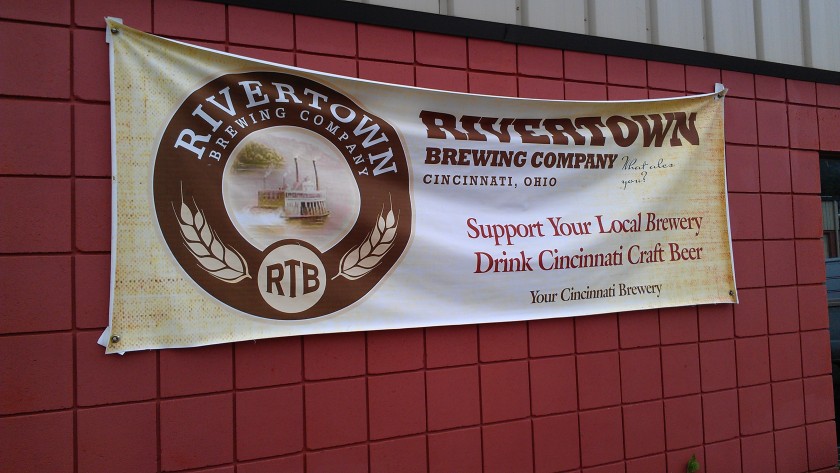 I will gladly admit: I have been seriously derelict in my posting duties lately. Between such and such and such real life has been busy, blah, blah, blah. You get the gist. The main thing is, I owe some posts. The most pressing of these is the follow up to the relatively ruthless post concerning some issues I had with Rivertown over the months preceding it. Jason Roeper of Rivertown contacted me to discuss the issues I had and we actually spent a nice morning together over beers — at least a month ago. I apologize to Jason and Rivertown (and anyone else who was looking forward to the follow up) for my tardiness in putting this up.

What I’m going to do is address the issues I had in my original post and then follow up with some miscellany that I feel is important. Read on, dear readers…

END_OF_DOCUMENT_TOKEN_TO_BE_REPLACED

Below are some details on this weekend’s Oktoberfest celebration at Listermann. This looks like an absolute blast, which I of course will be missing since I’ll be out of town. Hopefully QCD will be represented in some form there, though. Regardless, head over there and celebrate Cincinnati’s up and coming craft beer scene and show them your support!

With every one of the Cincinnati Brewers expanding as fast as they can because we cannot meet demand, we have decided to throw a party to celebrate. We are having a Cincinnati brewers ONLY Oktoberfest on October 6th. Mt. Carmel, Rivertown, Blank Slate, Triple Digit, Christian Moerlein, Rock Bottom, Cellar Dweller, Wiedemann, 50 West and Quaff Bros. will all be pouring beer. It will be more like a Cincinnati Craft beer party, in an Oktoberfest setting. Each brewery is bringing a different beer with Listermann’s providing the Oktoberfest. We will also be having the Bloatarian Brewing League of Cincinnati on hand brewing beer all day. If you want to learn to brew, they will be more than happy to show you.

For special accommodations or questions/comments, please email jason@listermann.com or call 513-731-1130. Thank you!

Event map below (click on it to be able to see the full size map): 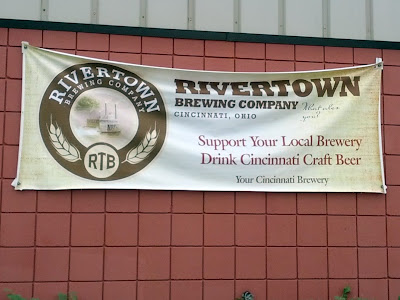