In the world of flavored vodkas, there seems to be an arms race between the different vodka companies to see who can take the craziest, sweetest junk food and turn it into a 70 proof mixer for cocktails. Not that there is anything wrong with the novelty of having a donut, fruit loop, or gummy bear flavored drink but I am surprised there haven’t been more vodkas trying to fill the niche in the other direction. Stoli Hot is a jalapeño-flavored vodka that seems to be attempting to do just that. As far as I can tell it is one of only a few non-sweet flavored vodkas out there and the only one with a significant heat.

Stolichnaya is a Russian vodka that has been around since 1948. It is a wheat vodka and has a nice mouth feel with a slightly sweet taste and I think this actually makes the jalapeño flavor work even better. The level of heat is a good one. It is a heat that is present but won’t be overpowering to most people. I found it far less hot than actual  jalapeño and it quickly cools when mixed with something else. If you can take a little tabasco sauce this won’t be challenging at all.

The flavor is basically jalapeño but with a sweet finish. It has Stoli’s thicker mouth feel and is very smooth. The burn comes from the pepper, not the alcohol. I found that a bloody mary works really well with Stoli Hot. For the show we used Mr. and Mrs. T’s Hot Bloody Mary mix and the added Stoli Hot gave it quite a kick. If you like extra heat with your bloody mary this is a great choice for you.

In mixed drinks and cocktails a lot of the flavors that work well with jalapeño will work well here. Fruity drinks work better than I would have thought. I made a “Stoli Red” which is just the Stoli Hot mixed with cranberry juice and it was pretty nice. I think pineapple and lime would be particularly nice. I made a jalapeño martini by just using gin and the Stoli Hot in a 2:1 ratio and it was actually too bland. A dash of bitters helped but I would recommend mixing it at a higher proportion of Stoli and maybe not leaving out the vermouth. I’ve also though that using it in a chocolate drink might be nice. Sort of an Aztec-chocolate flavored drink. I will have to work on that and get back to you.

Overall, I think that this is a good bottle to have in your mixing toolkit. Jalapeño is a great flavor to add to a drink and it has not been over done. Just about every hot shot or cocktail uses a cinnamon-base like Hot Damn or Fireball Whiskey. Bringing the heat without the sweet is a good way to make your cocktail stand out.

You can listen as I try Stoli Hot and see the cocktails I made with it in Episode 9 of Bottoms Up.

In case you are wondering, I’ve been playing around with a variety of spirits lately because I am working on making some custom cocktails for Hellapalooza, an ungodly combination of rock n’ roll, burlesque, freakshows, and drinking that is coming to The Southgate House Revival on May 11th. Tonic Tours will have a booth set up so come to the show and say hello.

Right, first thing’s first, I’m a little scared and very excited. I’m excited because I love Rivertown and enjoyed both Famine and War, plus I’m all in for high gravity beers. I’m scared because the pepper in this beer, the Jolokia pepper. This thing used to be Guinness World Records hottest pepper in the world, it’s also being used as a weapon by the Indian Army, they’re putting it into grenades. The following table shows various peppers and where they fall in the Scoville unit, the table and all this pepper info is jacked from Wikipedia.

This is the last of the Brewmaster’s reserve limited release apocalypse series. Here are my previous reviews of Famine and War, unfortunately I missed the boat on Pestilence.

Batch No. 4 in The Brewmaster’s Reserve Limited Release Series Death is the fourth of four brews released centered around the Mayan apocalypse of 2012 signifying worlds end on December 21st 2012.

Death is a high gravity Russian imperial stout. Rich malt complexity from a blend of dark malts, paired with Jolokia peppers (Ghost chili peppers) emphasize the finality of the series and the horseman himself. Save one for December 21st 2012.

Time to get drinking!

END_OF_DOCUMENT_TOKEN_TO_BE_REPLACED 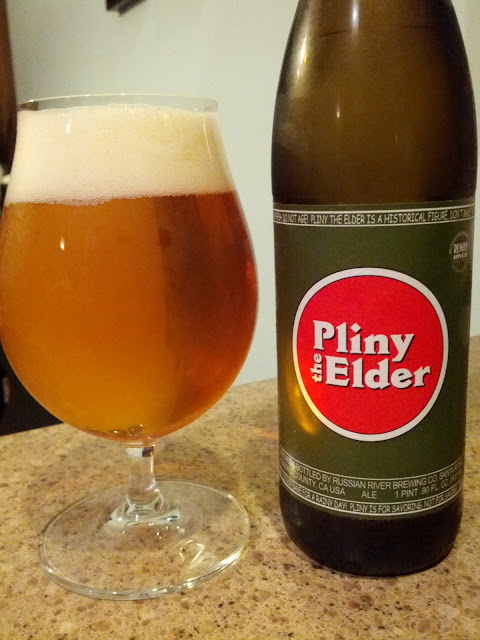