3-years ago Bryan Roth from This Is Why I’m Drunk reached out to local bloggers across the country to each build a 6-pack that represents their state. You can read that list here. About a year before that post I wrote another article on the Cincinnati Six-Pack.

Both of those lists are now hilariously out of date. The best example of this is that Rhinegeist isn’t on either list as they weren’t open yet. I initially sat down to write an update for Ohio’s part in the Six-Pack Project but remembered the difficulty in narrowing an entire state down into six beers. So, I decided to settle down to just a Cincinnati Six-pack, plus a few from Dayton. I also reached out to Pat at Pat’s Pints in Columbus and Rick Armon at The Ohio Beer Blog in Akron/Cleveland. They’ll both be doing similar posts covering their parts of Ohio in the next few weeks.

END_OF_DOCUMENT_TOKEN_TO_BE_REPLACED

Dayton has slowly been birthing new craft breweries for 2 years now. So far all the breweries have been small affairs with 7 barrel systems, or less,  and focusing on on-premise consumption . That trend is changing with the opening of Warped Wing Brewing Company. 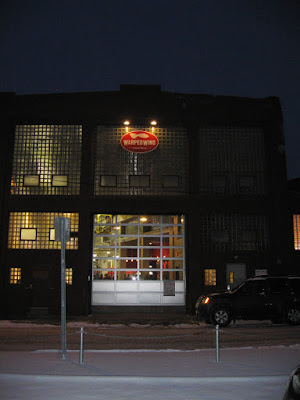